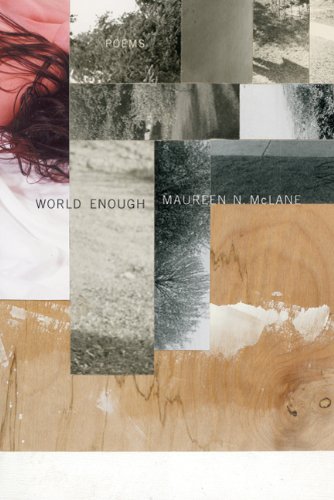 In World Enough, Maureen N. McLane maps a universe of feeling and thought via skyscapes, city strolls, lunar vistas, and passages through environments given and built. These poems explore how we come to know ourselves?sensually, intellectually, politically, biologically, historically, and anthropologically. Moving from the most delicate address to the broadest salutation, World Enough takes us from New England to New York to France to the moon. McLane fuses song and critique, giving us poetry as ?musical thought,” in Carlyle’s phrase. Shuttling between idyll and disaster, between old forms and open experiment, these are restless, probing, exacting poems that aim to take the measure of?and to give a measure for?where we are. McLane moves through many forms and creates her own, invoking the French Revolution alongside convolutions of the heart and revolutions of the moon. Shifting effortlessly between the species and the self, between the sentient surround and the peculiar pulse within, World Enough attests to experience both singular and shared: ?not that I was alive / but that we were.”